Constructing Conceptions: The Mapping of ARTs in India

Sama’s multi site research conducted from 2008 to 2010 in the three states of Uttar Pradesh, Orissa and Tamil Nadu, examined aspects of commercialization and access within ART provision and included interviews with 43 ART providers and 86 women users. This study tried to analyze the extent of the commercialization of these technologies by focusing on the proliferation of ART clinics beyond cities in smaller towns, and the referral networks operating between these towns and metro cities. It also looked at the perceptions and definitions of infertility, the journeys undertaken in pursuit of a biological child, the implications of ART use (medical, social, economic), and the costs involved. This research reinforced some of what had been highlighted through our previous work, but it also threw up new observations.

Thus, Sama’s field-based research, undertaken from February 2008 to December 2010, also formed the evidence base for our campaign initiatives, including the critique of the ART (Regulation) Bill and Rules, 2008 and 2010. 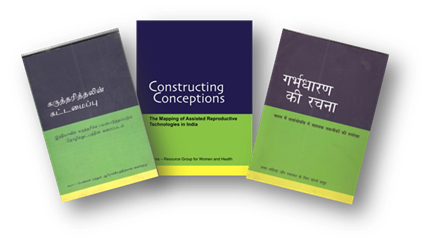